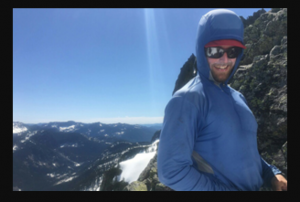 Ryan grew up in Eagle River, Alaska around the foothills of the Chugach mountains. He began exploring his surroundings at a young age via skis, backpacking and scrambling. Fueled by the desire to see more and go further, Ryan began to learn the skills and practices of rock and ice climbing, mountaineering and glacier travel and backcountry skiing. He left AK to study where he completed a degree in organizational behavior, after returning to AK for a short stint he moved to Seattle in the summer of 2012. He’s climbed in several parts of the United States and finds the Pacific Northwest to feel most like home.